I want to get this out right off the bat – recessions are a part of the business cycle, thus part of every investor’s investing life. They occur every 4-10 years, so we must expect them. Some clients and financial pundits feel that we are on the precipice of a new recession. Maybe so, but you may be surprised to learn that we often don’t know we were in a recession until it has nearly run its course! For example:

What we all really want to know is, “How have stocks performed in and around these past recessions?” You may be surprised to learn that the S&P 500 has finished positive during four of the last nine recessions. Stocks were positive in six out of the past nine times in the year leading up to the start of a recession, dispelling the myth that the stock market always acts as a leading indicator of economic activity. 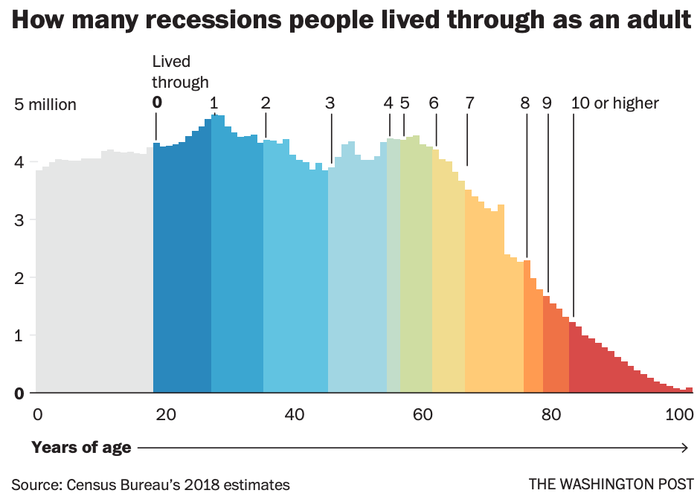 There are some other numbers shown in the above chart that are noteworthy.

As difficult as markets are to predict, recessions seem to be even more difficult to forecast as proven by the fact that in numerous past recessions we didn’t even know when one had started until months after it began. Don’t fret about a coming recession. It will arrive one day and when it does, it won’t be the end of the world – not even close.

Strive to tune out the noise that the financial media puts out, which can tempt you to take some sort of action with your portfolio to avoid their predicted downturn. Don’t be that investor who thinks people on radio or TV can predict recessions, markets, or the weather. They can’t.

Have the Rules Changed?

Nothing Worth Doing is Easy