Last week, the S&P 500 once again hit new all-time highs (currently hovering around 2,945). The market pullback that began in May – the result of on-going trade and Fed concerns – has now fully recovered. Volatility is just a normal part of investing, even when the situation appears to be the most uncertain.

Returns have been strong 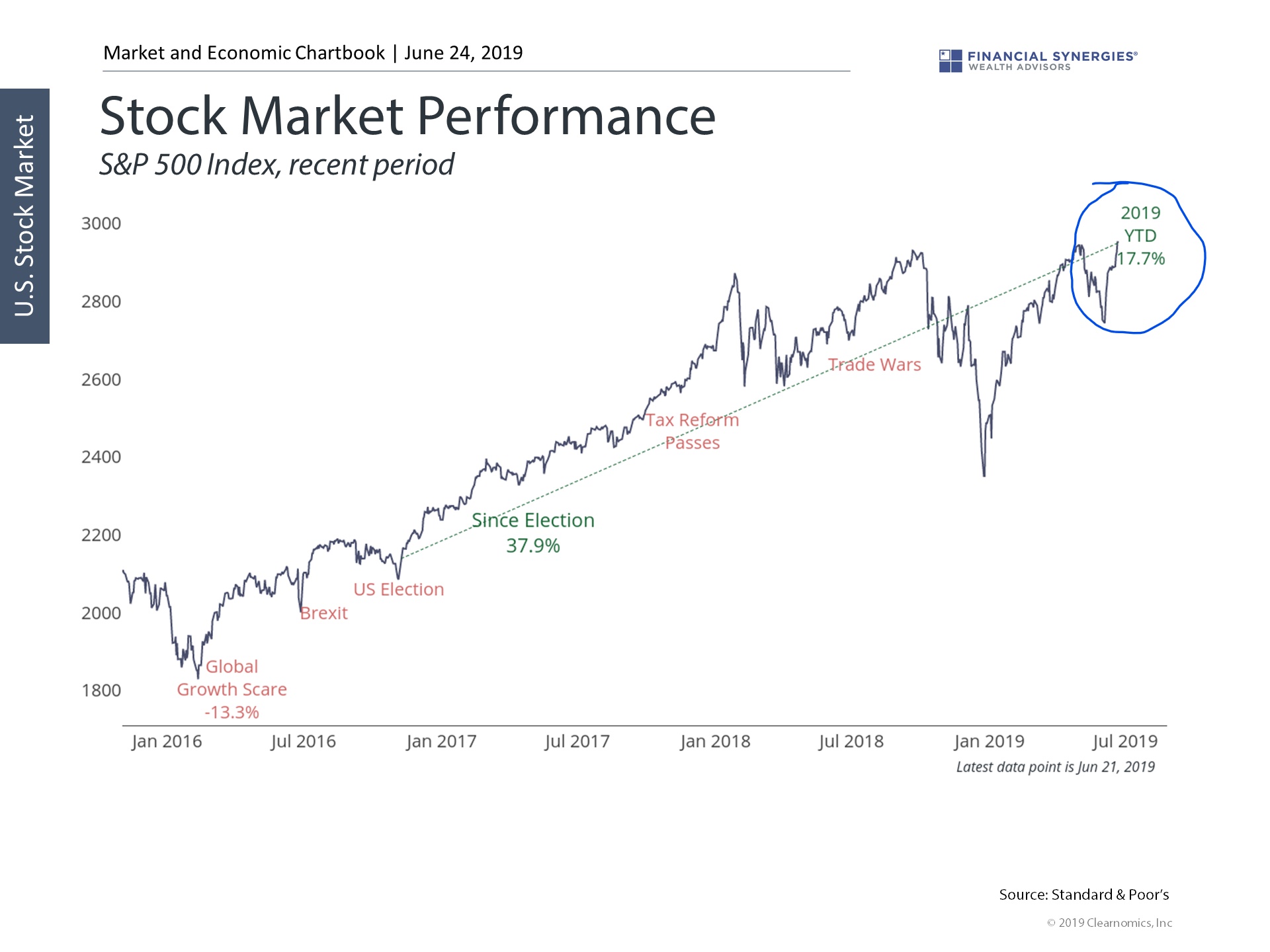 There is no better time to reflect on the volatility of the past several months than when the market is calm. While it’s no guarantee of success, it’s much easier to consider how we’ll react during the next bout of market volatility today than in the middle of the storm.

Why has the market rebounded so strongly over the past few weeks? First and foremost, the Fed has emphasized its dovish stance on interest rates and the economy. Following the Fed’s press conference last week, the implied probabilities of the Fed cutting rates in July jumped to 100%. While reasonable market participants and economists can argue whether this is the right move by the Fed, the fact remains that the Fed is sending a clear signal that it will support the market and economy.

The reality is that the Fed cutting rates is a mixed bag. Historically, the Fed often cuts rates deep in the cycle when it’s already too late and the economy has begun to slow. In these situations, rate cuts can’t resolve deeper economic problems, but may simply be a short-term salve on an inevitable economic downturn.

Today, however, the Fed appears to be extraordinarily cautious. Given the age of the business cycle, the tightness of the labor market, and most importantly, the geopolitical and global economic risks in the market, the Fed’s goal seems to be to stay ahead of the curve. In fact, investors had been pricing in a rate cut later this year for several months now.

Thus, although the Fed can keep the party going, especially when markets are volatile, they can’t keep the punch bowl out forever. Ultimately, it’s the economic fundamentals – including those tied to global trade and corporate earnings – that will matter for stock market returns.

Either way, this is a clear reminder that markets are inherently volatile. The best way to manage this volatility isn’t to swerve in and out of markets – it’s to maintain a portfolio that can handle the bumps and, more importantly, to develop a steady hand.

Markets have recovered from recent volatility 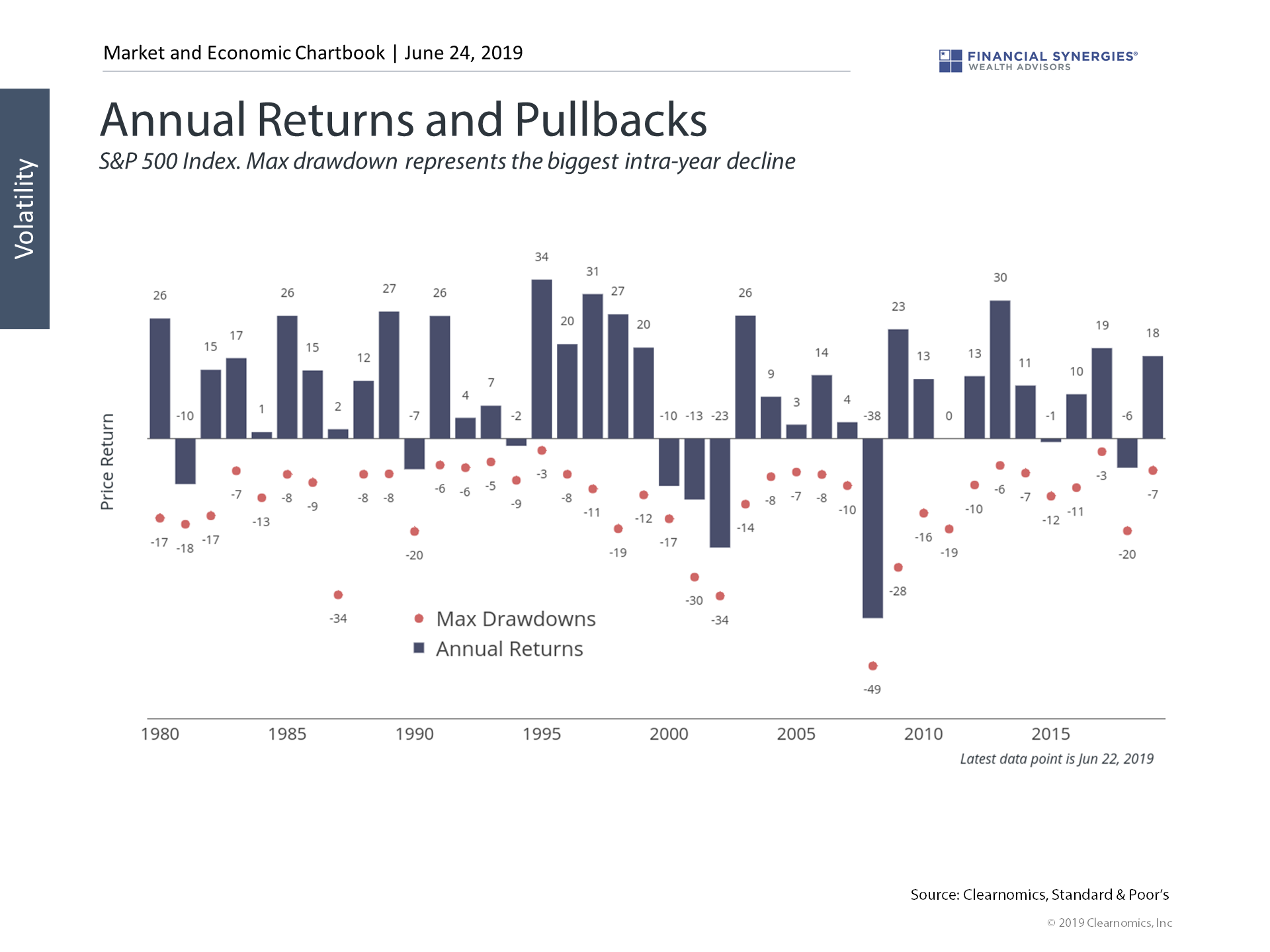 Every year experiences a stock market pullback, with an average intra-year decline of 13-15%. This year’s largest pullback at the beginning of June was 7%. While these market declines may feel extreme at the time, especially when they are due to big headlines, this is actually quite normal for investors to experience. At the moment, the stock market has now returned 18% year-to-date.

The market expects a rate cut by the Fed 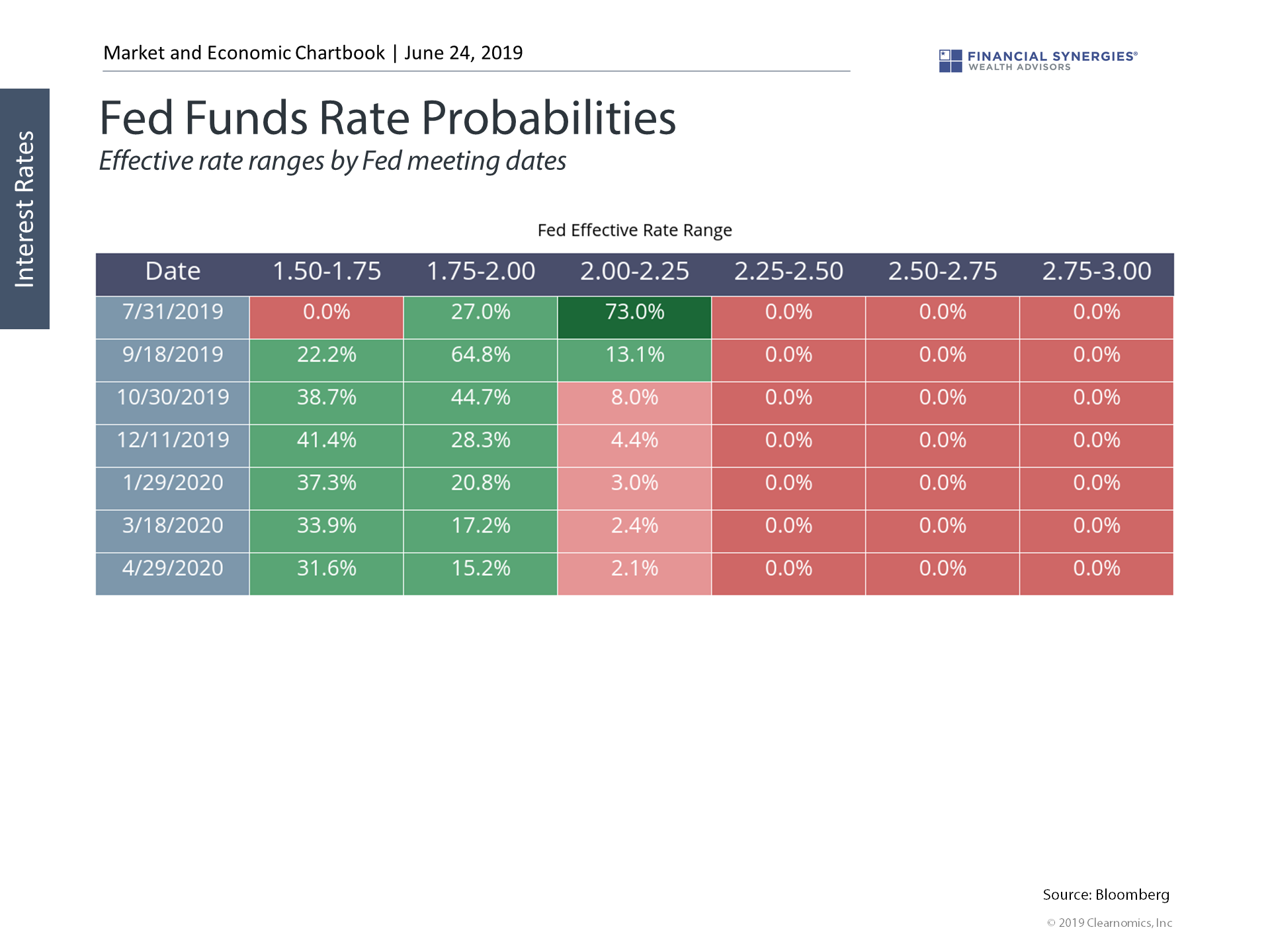 The market is now fully pricing in a rate cut by the Fed. Not only has the Fed signaled its willingness to support the economy and markets, especially in the face of global economic risks, they have made it clear that this may happen soon.

Trade is still a top concern for markets 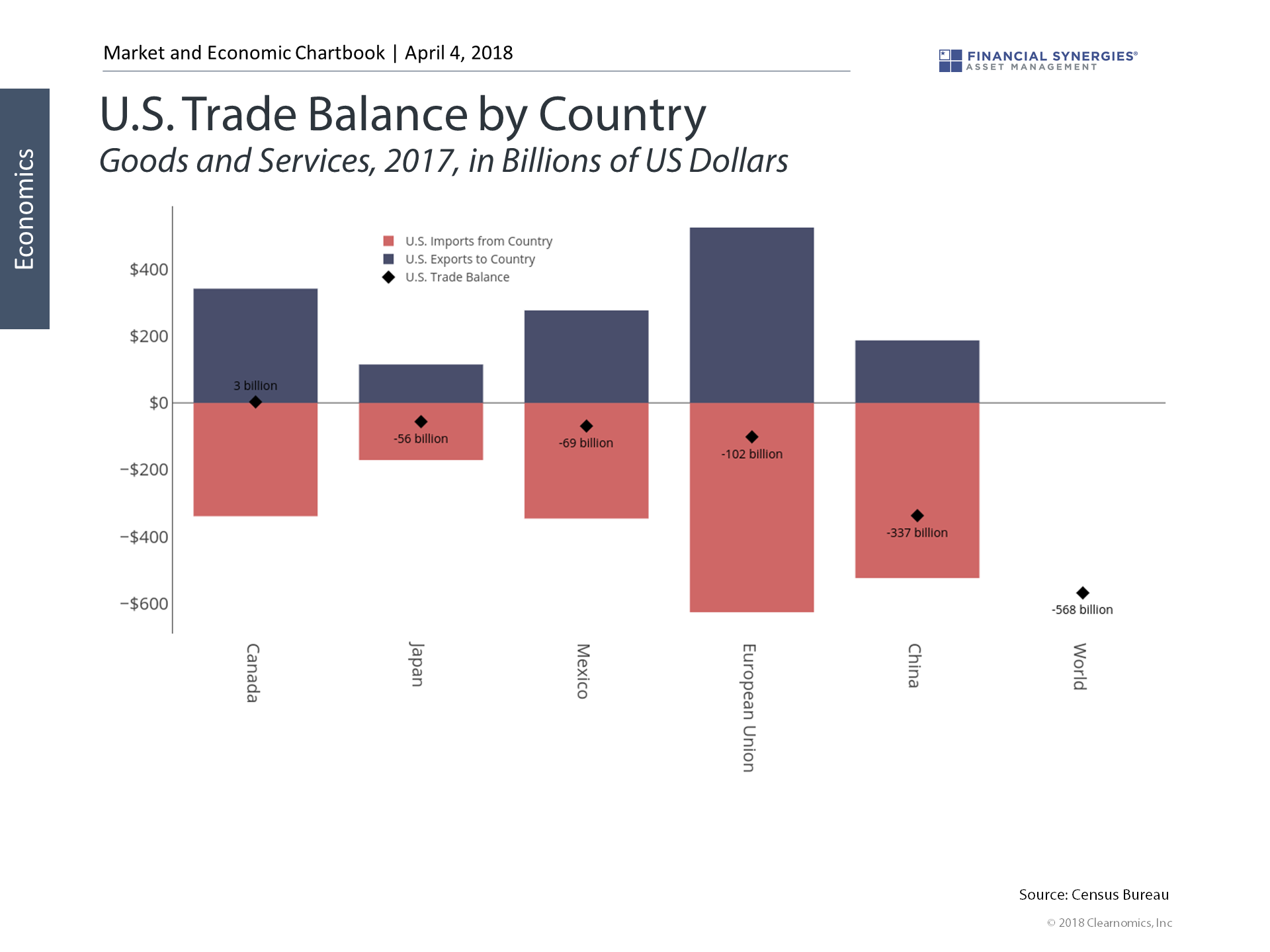 Market volatility over the past two months has been driven in no small part by U.S. trade with China and Mexico. These two countries continue to be among our largest trading partners. While initial levels of tariffs may not be felt immediately, this will change the longer they continue and the broader they become.