Texas: Drawing in the Best Bulls

Growing up on the east coast, your per­ception of Texas is what you might see in old John Wayne westerns. When I told my friends and family I was planning on mov­ing here, I could see wild visions floating through their heads: there I am, coming home for the holidays embracing denim like it was the 1980s, struttin’ my stuff in cowboy boots, and maybe even wielding a pistol on my hip like old western days… Annie Oakley, tumbleweeds, and YEEHAW, perhaps.

Let me tell you, there is power in the state motto “Friendship”, because even though it’s only been a few weeks, I’ve never felt more at home since I left for college near­ly ten years ago. Everyone here at FSAM, their families, our clients, my neighbors, and even strangers on the street have made me feel welcome and at home. The kindness of Texans is unparalleled.

The (unexpected) amount of grace, warmth, and heart that I’ve received since I moved here got me thinking of all the clichés I’ve heard about this great state: “is everything really bigger in Texas?” I sure think so…

One of the biggest things about Texas is its economy– over the past eight years, the state has far outpaced the national aver­age in job creation (31.5 % growth com­pared with 12% nationwide). Unlike other states, Texas has had a stable, affordable housing market since the bubble in the early 2000s. Much of this stability and growth is due to its pro-business climate and low cost of living: sensible regula­tions, and no state income tax. The state has made it easy for Texans to live, work, and play. Bottom line: don’t mess with Texas.

Out of Forbes‘s ten best cities for job op­portunities, five of those cities are in Tex­as, with Houston being at the very top of the list. With the plethora of oil and gas companies, healthcare institutions such as MD Anderson and Memorial Hermann, and loose regulations on building com­mercially, it’s no wonder Houston has grown the way it has. With these stellar companies drawing in top talent (the best of the bulls), the city gets more unique, di­verse, and appealing for residents.

Forbes also ranked Houston as the “No. 1 Coolest City to Live In.” I don’t know if it’s the coolest temperature-wise, but it’s pretty hot-to-trot. There appears to be a wide array of events and happenings, from the recent Livestock Show & Rodeo, to the sounds of the symphony, and imagination in performing and visual arts. Not to men­tion, you can be outside the majority of the year – at Bayou Bend, Memorial Park, or many other outdoor cultural events and festivals. Plus, Houston has one of the yummiest and notable food scenes in the country. 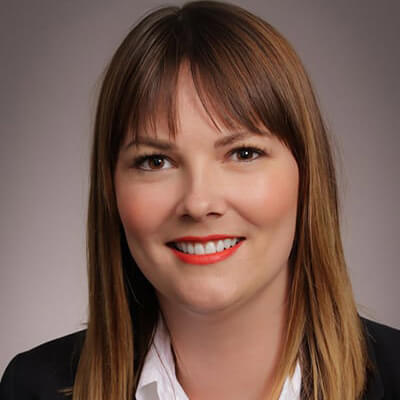 As Director of Operations, Marie enjoys working with clients to help them simplify their financial lives and achieve their goals. She handles a wide array of items, from complex estate transactions to compliance to firm communications. Read Marie’s Profile Here • Read More Articles by Marie