This is a vivid reminder that a large part of investing is behavioral. As the saying goes, “the best laid plans of mice and men often go awry.” Even with the best statistics, Monte Carlo simulations, and financial plans that modern finance theory affords us, the weakest link in achieving our financial goals is often ourselves. Those investors who were patient, who didn’t dwell on short-term performance, and who ignored the noise of financial media, were in a better position to stay invested and achieve long-term goals.

This is also why, despite the fact that markets and investors may be calm today, there’s no better time to reflect on the events of the past several months. The best way to combat and change human nature is often through education and experience. While it’s no guarantee of success, it’s much easier to consider how we’ll react during the next bout of market volatility today than in the middle of the storm.

Why has the market rebounded so strongly this year? As last week’s positive GDP surprise showed, economic growth is still healthy even if it is decelerating somewhat. The recession that many investors feared was imminent – or that was already occurring – hasn’t yet appeared.

Additionally, the possibility that the Fed will make a mistake by over-tightening interest rates hasn’t played out either. In fact, the Fed has done the exact opposite by reversing course on rate hikes and its balance sheet. Of course, it’s ironic that this could lay the groundwork for the opposite error – that of the Fed keeping monetary policy too loose. Only time will tell.

Finally, other geopolitical risks such as the U.S.-China trade talks have ebbed as signs of progress appear. This is not universally the case, e.g. with Brexit, but just enough to lift market sentiment.

This is certainly not to say that it’s smooth sailing from here. To be sure, there will be more market volatility ahead. Just as trees don’t grow to the sky, the market can’t rise in a straight line forever.

However, this is a clear reminder that markets are inherently volatile. The best way to manage this volatility isn’t to swerve in and out of markets – it’s to maintain a portfolio that can handle the bumps and, more importantly, to develop a steady hand.

1. The stock market has fully recovered from recent volatility 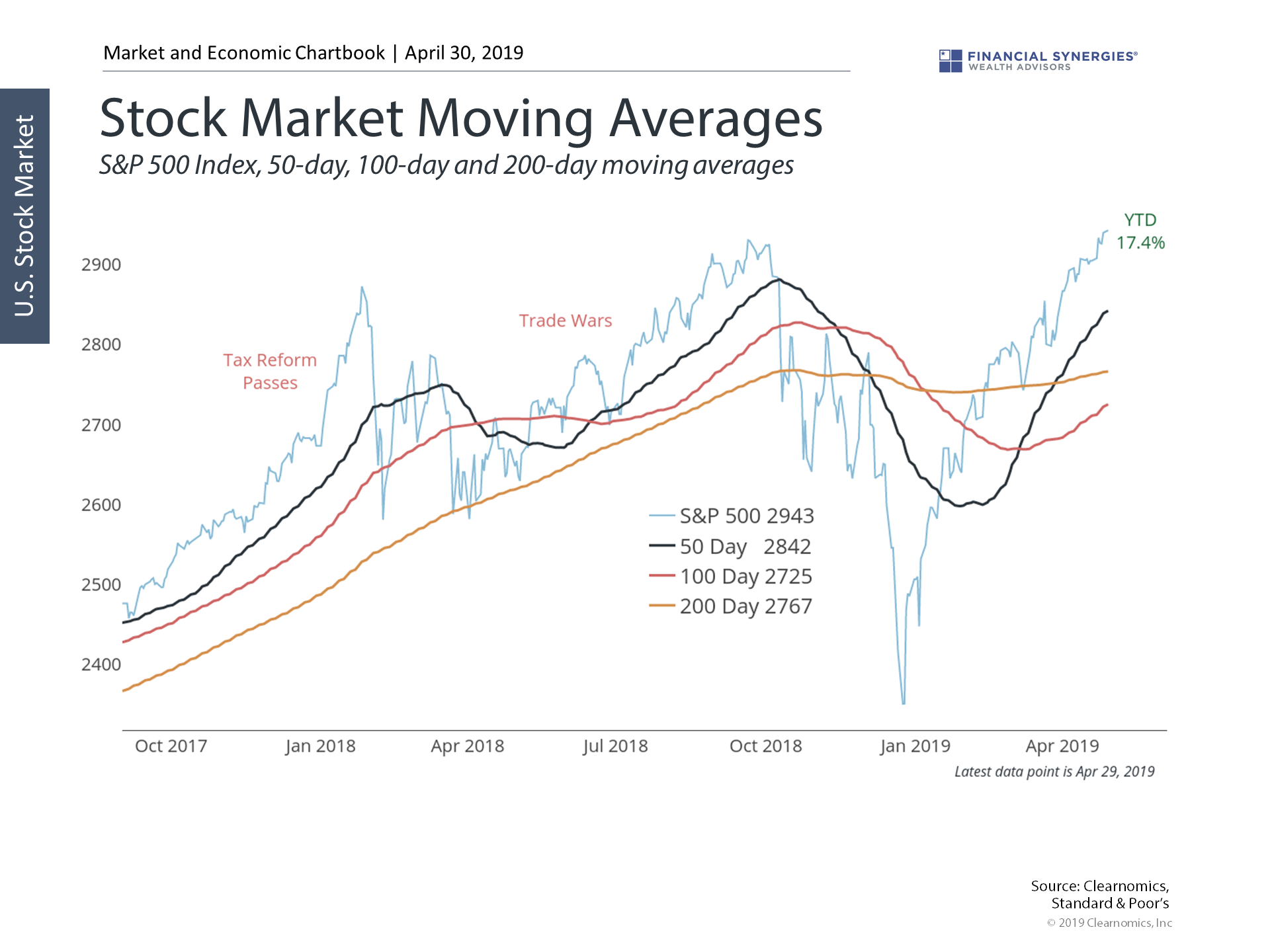 The S&P 500 has fully recovered from last year’s market volatility. While there are many factors which propelled the market forward, the most important was the fact that the economy is still healthy. This is yet another reason for long-term investors to focus on the economic fundamentals.

2. History reminds us that market corrections and pullbacks are normal 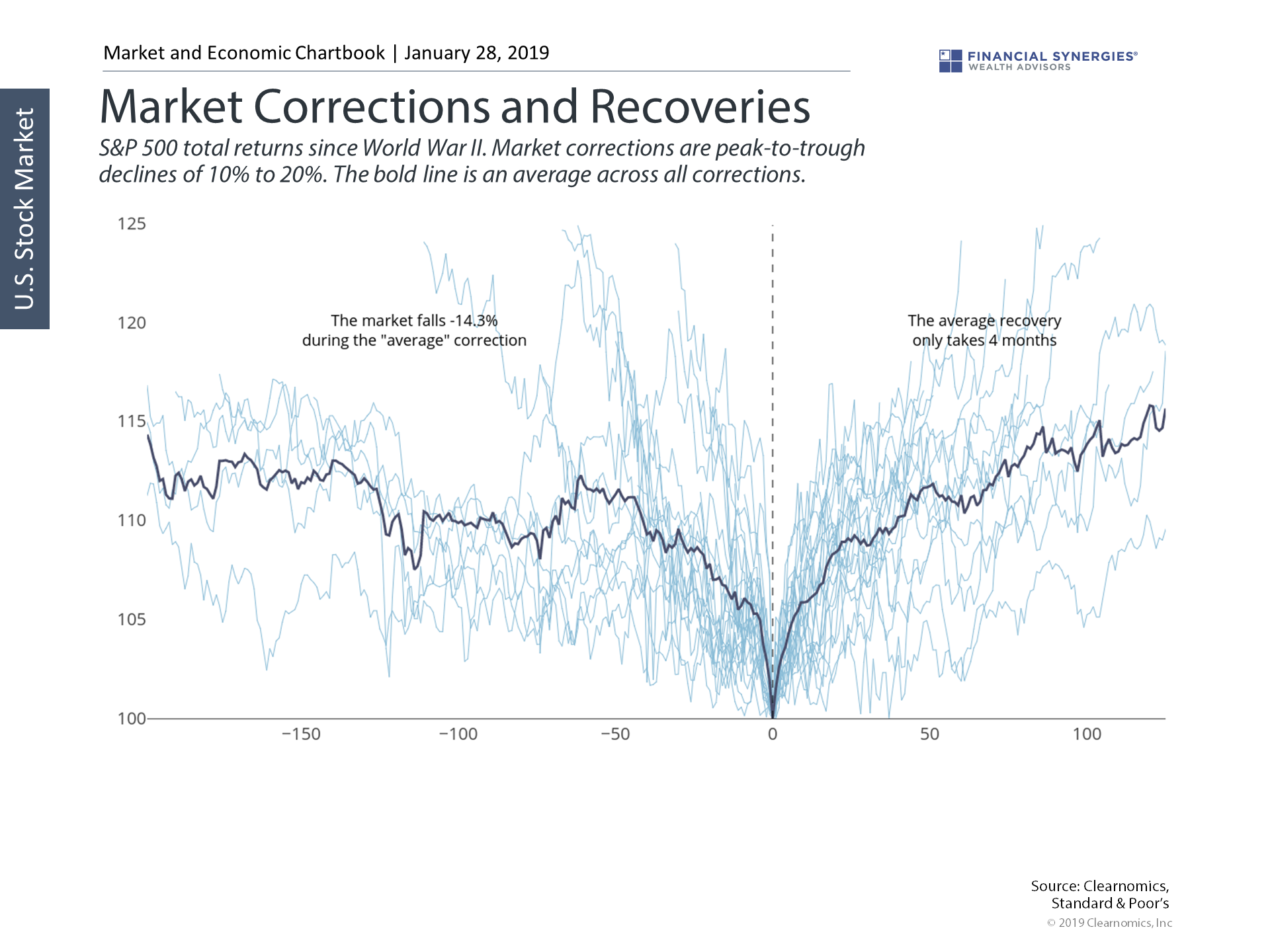 With the benefit of hindsight, the recent market rebound was similar to historical periods of market volatility. The fact that the recovery took about four months is exactly in line with the historical average.

While the exact timing may be a coincidence, the broader story is that market corrections and recoveries are normal. Investors should not be surprised by market pullbacks – they can occur at any time and without warning – nor should they be surprised when markets recover.

For many investors, the challenge is not over-reacting at exactly the wrong moment. As the chart above shows, not only do pullbacks occur swiftly, recoveries can do so as well.

3. The U.S. economy is still healthy 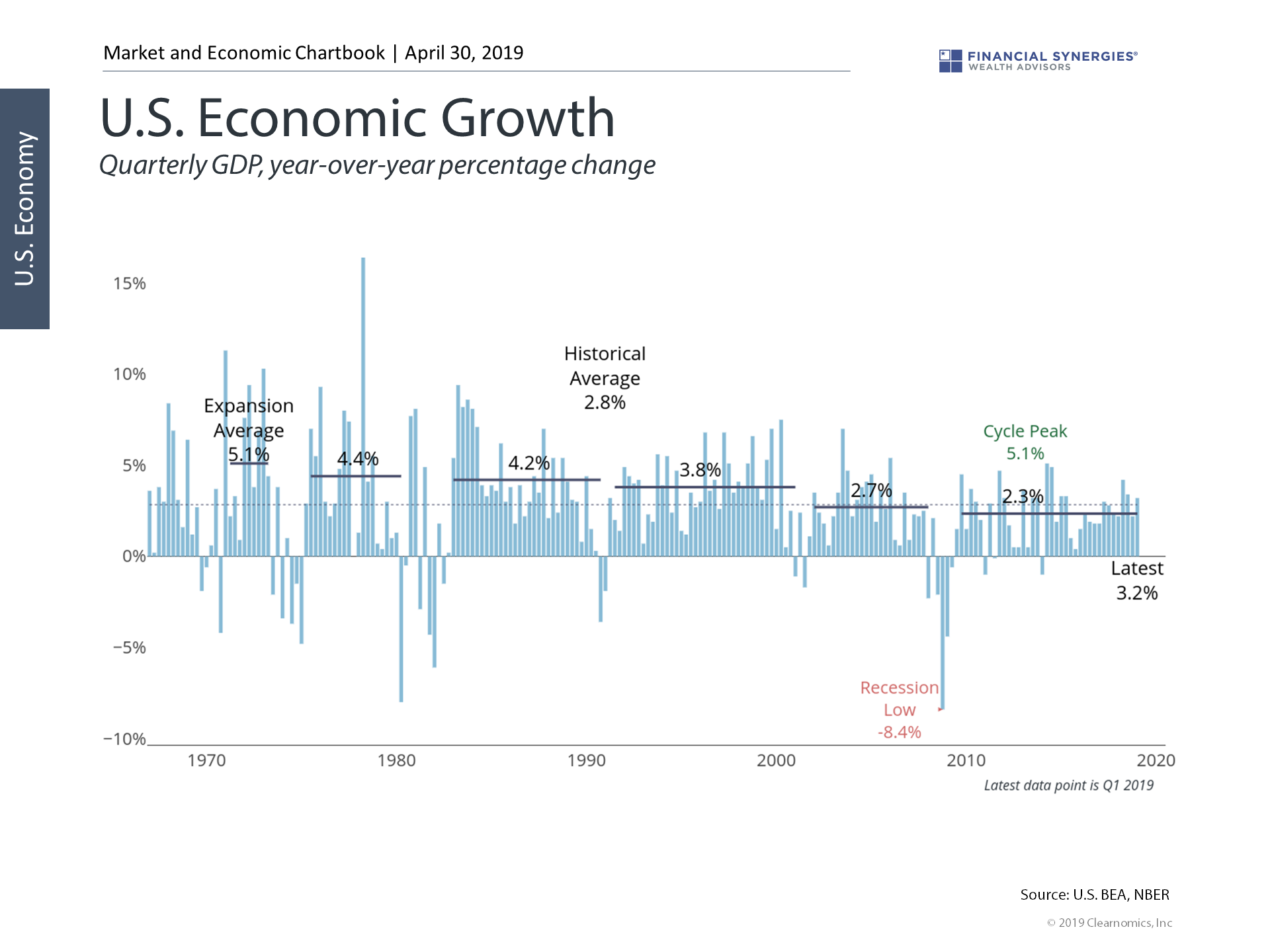 The market recovery has been due in no small part to a healthy economy. Recent data confirm this, including last week’s GDP report which showed a positive surprise. While economic growth in the U.S. and globally may be decelerating, we are not yet seeing signs of the recession many had feared during Q4 of last year.