A prerequisite for investing is optimism about the future. After all, if you don’t believe that things will be better tomorrow than they are today, there would be no reason to squirrel away your money. It can be difficult at times to be optimistic, especially in the face of global unrest.

The secession of the Crimea region from Ukraine is the latest example of such geopolitical chaos. Last week (March 10 – 14), the stock market as measured by the S&P 500 declined by about 1.9% as the likelihood of all-out war was being priced into the market.  So far this week (March 17 and 18), the S&P 500 is up 0.7% as the secession of Crimea has not (yet) sparked a war between Russia and Ukraine. This shift in investor sentiment illustrates how quickly the news about a developing “crisis” can pull investors in one direction or another over the short run.

Of course, this situation is far from being resolved. As Russia attempts to annex Crimea, a move which Western countries have condemned, how will the U.S. and Europe respond? Does the annexation of Crimea suggest that Russia may attempt to gain more territory in the region? How would the West respond should Putin’s territory grab spread? The answers to these questions are unknowable, of course. And uncertainty, as we’ve said so often, is what investors dislike even more than bad news itself.

Even more important than these considerations is that in the not-too-distant future, these events will likely have little bearing on the market. This may seem difficult to believe, but consider a study by Ned Davis Research which looked at the 28 biggest crises between 1940 and 1998, including Pearl Harbor, the Oklahoma City bombing, and the assassination of John F. Kennedy. The stock market, on average, was 2.3% higher a half-year after the outbreak of those crises. In only 9 of the 28 events evaluated was the market lower six months later.

Here’s another way of looking at the impact of crises on the market. Researchers from Harvard and MIT published a now-famous study in the 1989 Journal of Portfolio Management which focused on the 50 worst stock market days over the period from 1947 to 1987. They looked for news that could have explained those drastic market moves. Unsuccessful, they observed that ”on several of these days, The New York Times actually reported that there were no apparent explanations for the market’s rise or decline.” Imagine that.

To thoroughly beat this horse to death, I’ve included a link to a study by Munder which shows 50 crisis events spanning from 1907 through 2009. Not surprisingly, Munder reaches a similar conclusion. “While each crisis is unique and the magnitude of events varies, the market has repeatedly proven its resiliency over the long-term.” In only ¼ of the events was the Dow Jones Industrial Average lower 8 months following the crisis. The average return of the market 8 months later was 14% on the nose.

Optimism is a choice. And while past performance doesn’t guarantee future results, it seems to me that, even in the face of crisis, optimism is the only rational choice. 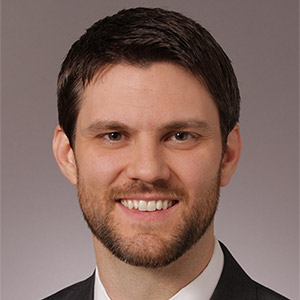