If you have no idea what a “stonk” is, don’t worry about it. I had no clue until the last couple weeks brought a whole new social media world into the spotlight. The term “stonk” is basically just slang for “stock.” You’ll see the term used heavily on social media forums like Reddit’s Wallstreetbets. Even the world’s richest man, Elon Musk, has been tweeting about “stonks” – specifically GameStop.

I thought the visual below was timely, given the craziness of the GameStop short squeeze and other heavily shorted stocks like AMC, BlackBerry, etc. It does a good job of breaking down what led up to this whole powder keg. 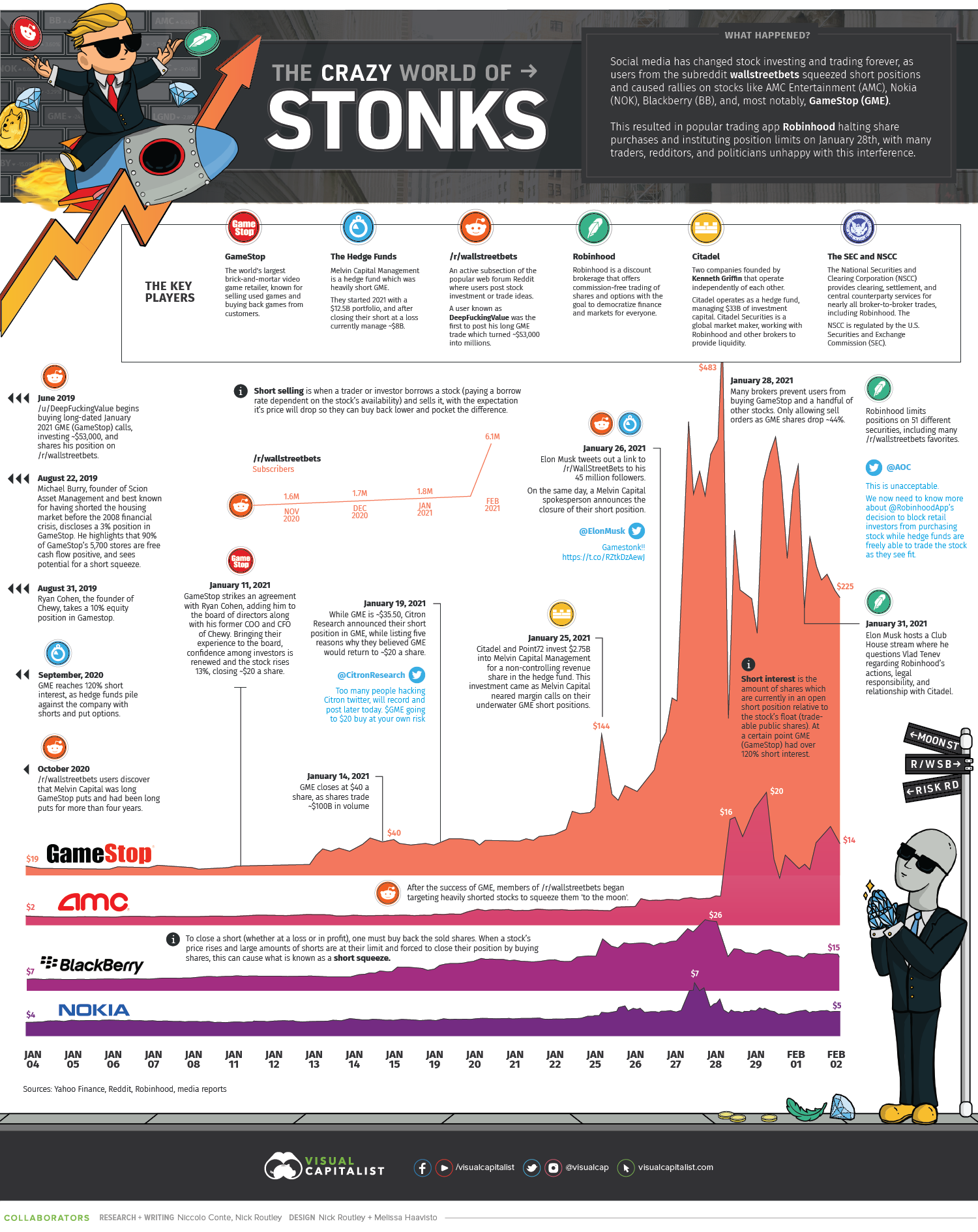 Here’s the Cliff’s Notes version of what went down:

Where this will all end is anyone’s guess. The good news is that the broader market has digested this mania quite well, and has been moving higher over the past few sessions.