The first week of June was a short one, but it ended up being long on disappointment as the major indices couldn’t build on the prior week’s strong gains. Instead, they fell victim to renewed selling interest that was a byproduct of concerns about the economic outlook, earnings outlook, and monetary policy outlook.

Oil prices had a starring role once again. They ebbed and flowed, reacting to an early-week decision by the EU to ban 90% of Russian crude imports by the end year and a subsequent decision by OPEC+ to boost its production increase targets for July and August. The latter were projected to be up 0.432 mb/d, but OPEC+ decided on adding to the totals and agreed to a new target of 0.648 mb/d.

The OPEC+ decision sounded good on the surface, but oil traders treated it as being insufficient to meet the demand needs driven by China’s reopening activity and the EU sanctions on Russian oil. WTI crude futures started the week at $115.07/bbl, but as of this writing they were trading at $120.31/bbl and hitting their highest level since March.

The pop in oil prices is expected to bleed through to gas prices, which will pose an added tax on consumers. That understanding contributed to the economic growth concerns along with some caustic commentary from leading CEOs and some hawkish-sounding remarks from voting FOMC members.

Specifically, JPMorgan Chase CEO Jamie Dimon said he sees an “economic hurricane” coming and that, while things look sunny now, JPMorgan Chase (JPM) will be conservative with its balance sheet. On Friday, Tesla (TSLA) CEO Elon Musk said he has a “super bad feeling” about the economy and that Tesla needs to cut about 10% of its staff and freeze all hiring.

Fed Governor Waller, meanwhile, kicked off the week with an acknowledgment that he endorses a policy rate above the neutral rate by the end of the year. Fed Governor Brainard followed in his wake with a contention that it is very hard right now to see the Fed pausing its rate hikes in September. Cleveland Fed President Mester echoed that sentiment on Friday. She also said that she doesn’t see an “economic hurricane,” but believes the risk of recession has increased.

This week’s economic data didn’t corroborate the recession view. In total, it painted a picture of an economy that is still doing well, but starting to feel the strains of inflation pressures and supply chain issues.

Consumer confidence was better than expected in May but still lower than April; the ISM Manufacturing Index for May was stronger-than-expected, and accelerated from April, but its employment component fell into contraction territory; the Fed’s Beige Book said the majority of Fed districts indicated slight or modest growth and that retail contacts noted some softening among consumers; nonfarm payroll increases in May were larger than expected, although retail trade declined by 61,000; and the ISM Non-Manufacturing Index for May decelerated from April with a drop in business activity.

Intermixed with the economic data this week was a mixed batch of earnings news, highlighted by Salesforce, Inc. (CRM) increasing its FY23 profit outlook and Microsoft (MSFT) lowering its fiscal Q4 EPS expectations due to unfavorable foreign exchange rate movement.

The market managed to shake off Microsoft’s warning on Thursday, recognizing that it wasn’t an operational issue. Nevertheless, the rebound-minded bias fell by the wayside on Friday in the wake of Elon Musk’s comments, the May employment report, and Morgan Stanley stating that it believes its quarterly revenue growth estimates for Apple (AAPL) are at risk because of slowing growth for the App Store.

The mega-cap stocks were relative strength leaders during the week but that position got tarnished on Friday, evidenced by a 2.6% decline in the Vanguard Mega-Cap Growth ETF (MGK) that left the MGK down 0.7% for the week. 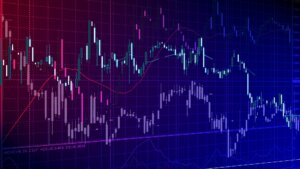 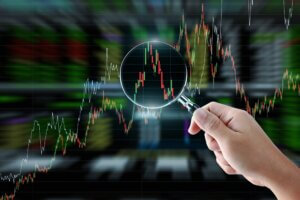 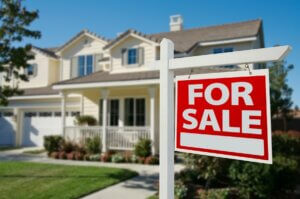