Starting this month I’m going to attempt to post occasional articles on an interesting topic that may, or may not be investing related. I’ll throw in a graphic to vividly illustrate the topic as well. Just stuff that I find interesting and informative, and hopefully you will too.

This week, we’re looking at the top auto manufacturers and their market capitalizations. There’s a race to $1 Trillion and it’s not even close. It’s basically Tesla with a market cap of $800 Billion, and then everyone else. Toyota is a distant second and Ford is actually 15th on the list! It’s pretty stunning when you think about that. 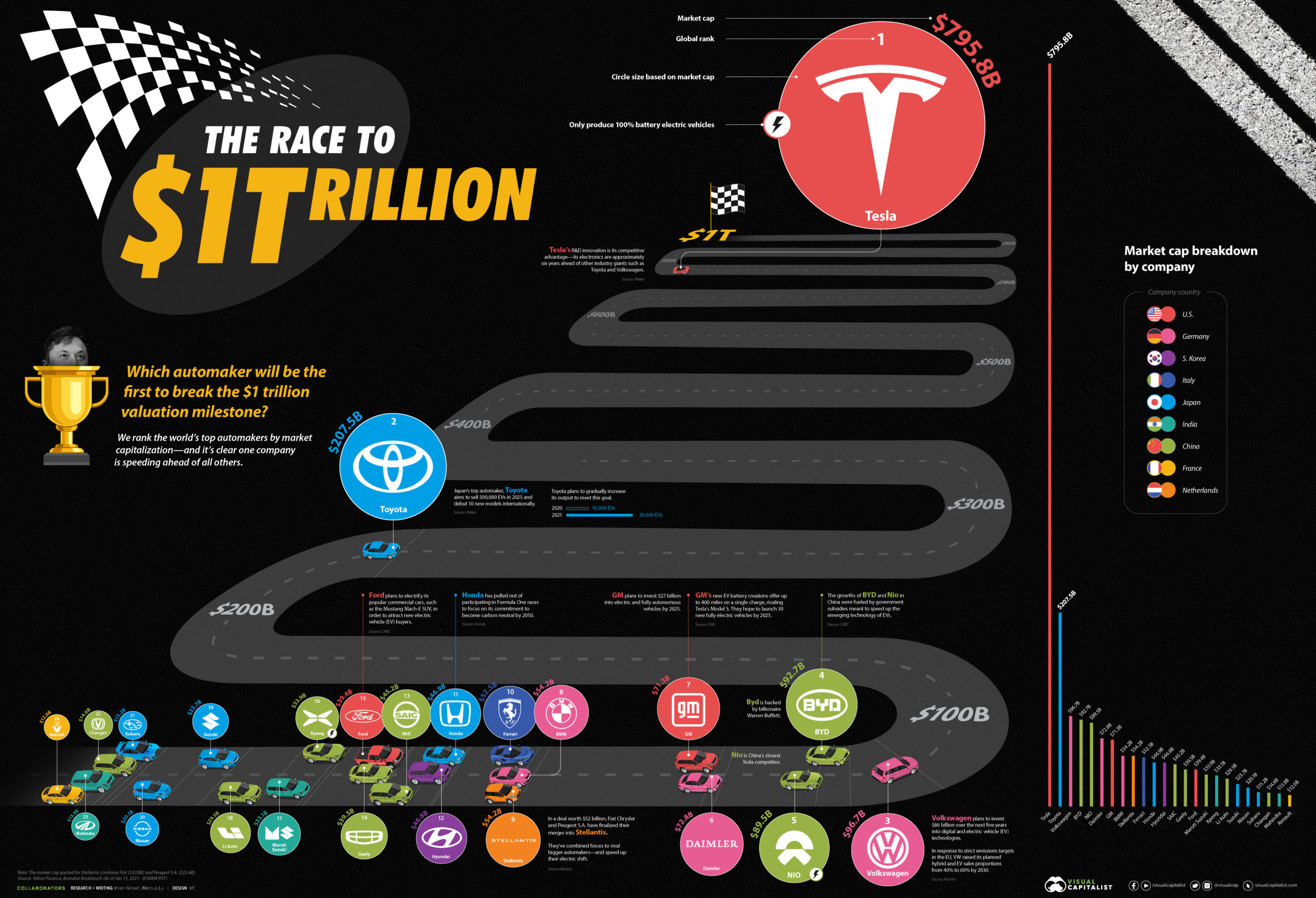 Of course, this is just market capitalization, not the companies’ actual footprint on the streets. Just look around – the roads are still dominated by Ford, Toyota, General Motors, etc. But in terms of outstanding shares times the stock price, Tesla is dominating.

This tells us that the market is placing a premium on Tesla shares in anticipation of future trends in the auto industry and it’s continuing dominance in the electric vehicles space. Tesla’s competitive advantage comes as a result of its dedicated emphasis on research and development (R&D). Its batteries and AI chips are roughly six years ahead of other industry giants such as Toyota and Volkswagen.

Don’t count the old guard out just yet. The Fords, GMCs, and Toyotas of the world are not going anywhere. They are ramping up their own electric vehicle R&D and production. This race is far from over. Buckle up!!