‘Don’t Stop ‘Til You Get Enough’ Estate Planning

With more than 400 million records sold, 15 Grammys won1, and instantly recognizable by billions of fans worldwide, Michael Jackson was a pop culture icon who certainly earned his perennial title, “The King of Pop.”

Despite grossing close to $2 billion throughout his career, however, no amount of success could prepare him for what was to come posthumously – a very messy estate fight.

The alarming thing is that Jackson already had a will. And not just a will, but a living trust that estate planning attorneys had set up for him while he was alive. What’s even more alarming, however, is that up to 60% of Americans haven’t even set up a simple will2. With Michael Jackson’s estate stuck in probate limbo for the last 13 years, even with a will and estate plan in place before his death, are you confident that your estate plan is sounder than his was?

Never fear, estate planning is easy to get out in front of as long as you plan well in advance. You can set up a will at any point in life, but the earlier the better. It’s also best to be as specific and detailed as possible and review it from time to time with your attorneys and advisors, to make sure you’re aligning with your goals and life changes.

For instance, one thing that was not up for interpretation in Jackson’s estate was to whom his assets would go, and how much: 40% to his kids, 40% to his mother, and 20% to various charities.3 Jackson also set up a living trust, legally known as a revocable trust, while he was alive. Creating a revocable living trust establishes a separate legal entity that allows you to transfer all your assets into the trust while you’re alive, such that it’s protected from lawsuits and the eyes of the public.

Unfortunately, though, the trust did not go far enough in protecting Jackson’s assets as intended. First, Jackson did not place all his assets in the trust, and second, the trust left the assets to the beneficiaries outright, making the assets vulnerable to action from lawsuits, creditors, and unforeseen life events.

An irrevocable trust, such as Lifetime Asset Protection Trust, could have mitigated this risk by keeping the assets in the trust at the time of Jackson’s passing and distributing living expense allowances to each of the beneficiaries as dictated by the estate plan over time5. If Jackson had been reviewing his estate plan with his advisors and attorneys, he could have helped shepherd the fate of his estate ahead of time.

It’s important not to overlook the potential emotional and psychological stress that arises when these sometimes-difficult conversations about life and death arise. However, I can promise that you’ll definitely sleep better at night knowing your loved ones will be taken care of with an ironclad estate plan in place.

A comprehensive estate plan will also help your loved ones avoid untold amounts of legal costs, effort, and stress, that too many have tacked on to what is often already a difficult period.

If you want to avoid these worries that are just ‘human nature,’ Financial Synergies can connect you with an experienced estate planning attorney who won’t leave it up to chance for ‘Billie Jean’ to decide who “the one” is. 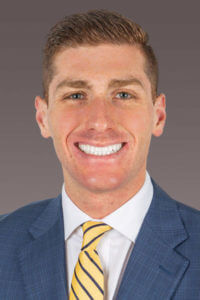 Adam Lawrence is an Associate Financial Advisor and financial planner with Financial Synergies Wealth Advisors in Houston, TX. He is also a Certified Public Accountant (CPA).