Bitcoin suffered it’s latest price plunge this week – at one point pulling back as much as 50% from its all-time high. Below is a great visual of Bitcoin crashes brought to you by Visual Capitalist.

As you can see, crashes like this are certainly nothing new for Bitcoin. In it’s relatively short history it’s experienced many major pullbacks – some much worse than this recent episode. 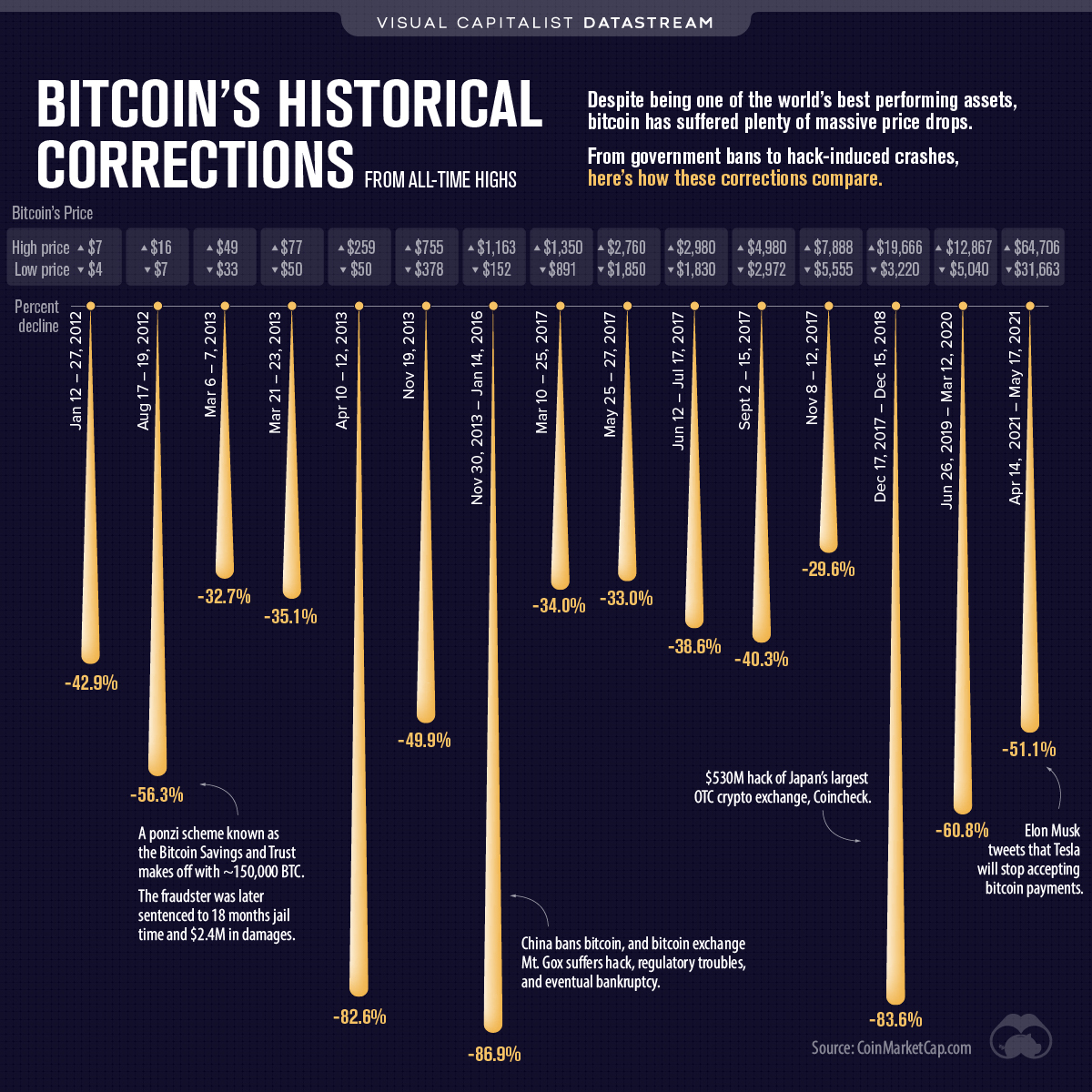 There are many factors contributing to this, including Elon Musk’s recent announcement that Tesla will stop accepting Bitcoin for purchases for now.

If this were a micro-cap stock or some cutting edge bio-tech company with a possible cure for common diseases, you would probably expect crazy volatility and dramatic pullbacks. And don’t get me wrong, I’m not surprised at all that Bitcoin is capable of losing 50%-60% in a couple days. It also doesn’t bother me in the slightest bit, because I accept Bitcoin as an extremely volatile, new investment type.

I think what makes this somewhat unique is that many people look at Bitcoin as a “store of value,” almost like a cash alternative or stable currency. Maybe it will be someday – it’s possible many cryptocurrencies will fall into this category eventually. But, clearly Bitcoin and other digital “currencies” are anything but stable at this point.

I think investors looking to get into the cryptocurrency space just need to go into it with their eyes wide open and realistic expectations. The risk of dramatic losses is real. And putting funds that were allocated as cash savings into crypto may not be a prudent move.