When Stocks and Bonds Fall Together

It’s been a rough couple of weeks in the markets – the stock AND bond markets. Stocks are still positive for the year, however. 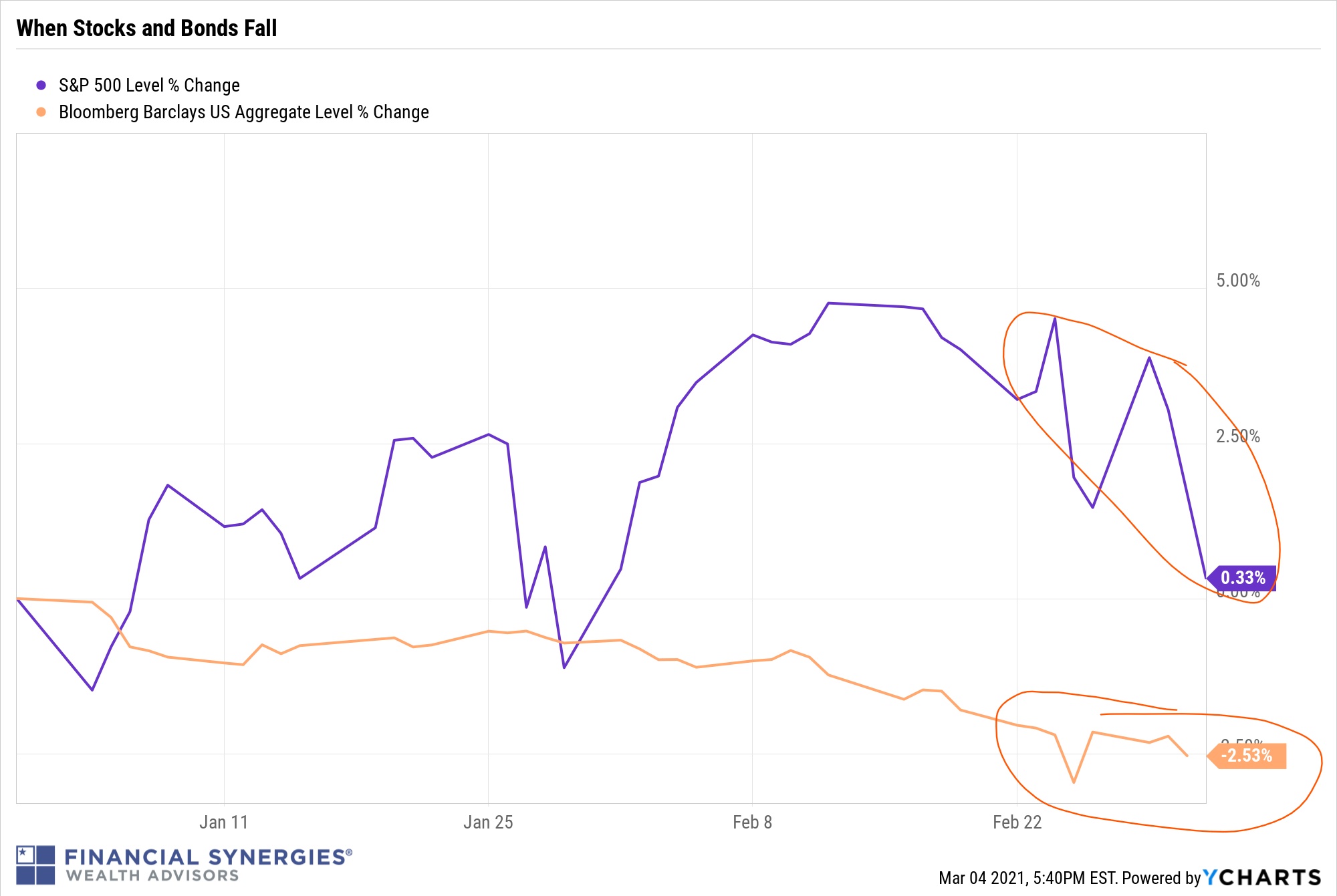 This is a generality, but usually when stocks go down bonds go up. Hell, even during the 2008-2009 market collapse – which was a credit crisis – at least government bonds did fairly well. Recently, however, stocks and bonds have gone down together. Why? Because interest rates have spiked up. This can be bad for stocks, and especially bonds. 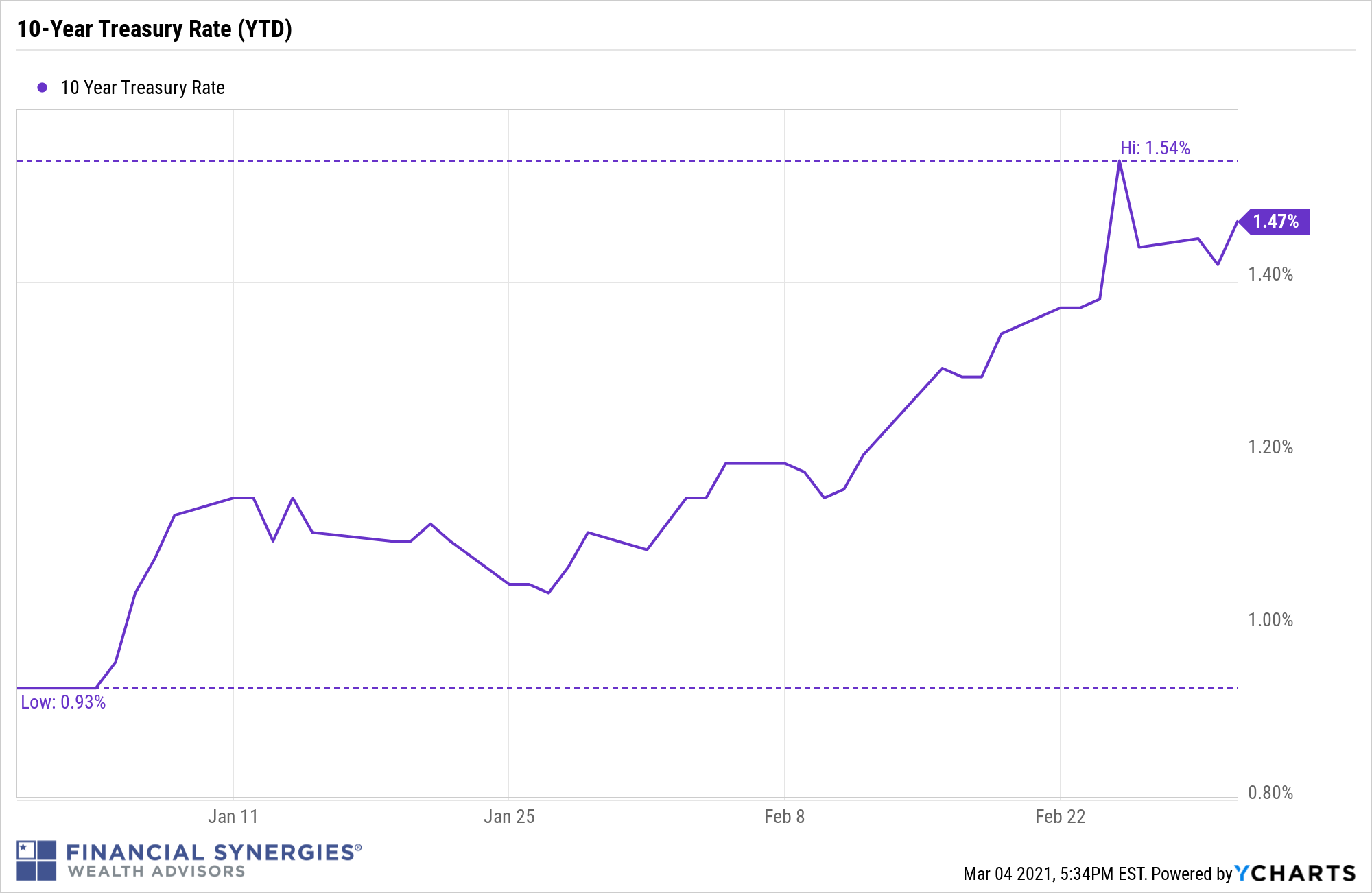 With stocks, it’s a little more complicated. Some sectors, like technology, tend to suffer more when rates rise. Tech companies are usually very growth-oriented and need constant access to capital, so when rates go up the cost of that capital goes up. This can have a negative impact on their bottom line. Financial stocks, like banks, can do quite well during periods of rising rates because this tends to improve their bottom line.

Are we concerned about this? No.

First, this is an extremely short period of time. Second, rising rates are completely normal and healthy. And finally, this is a good sign that the economy is in a recovery phase and is still on track. Rates have been at rock bottom for too long.

We’ve been through sharp rate increases in the past – anyone remember the Taper Tantrum of 2013? By the end of that year no one even remembered what had happened.

And sure, these types of environments can be very tough on bond funds, but ultimately they still have a place in diversified portfolios.