Friday’s session put a punctuation point on a comeback week for the stock market. It was a short week, but it was long on big gains for the major indices. For some perspective on that, consider that the S&P Mid-Cap 400 was the weakest performer and it was up 5.1%!

Of course, the major indices had a lot of recovery room. Entering the week, they were down between 7.0% and 12.3% for the month. Brutal by any standards.

What transpired this week was a momentum-driven bounce from a deeply oversold condition. It wasn’t a blanket rebound effort, however. There was some precision in the rebound strike, which was oriented around growth concerns.

That might sound silly given the scope of the gains, yet it resonates in this week’s leadership groups.

Specifically, the mega-cap stocks, which were accorded some benefit of the doubt that their earnings would hold up better in a more challenging economic climate, were standouts. The Vanguard Mega-Cap Growth ETF (MGK) surged 8.0%. Be that as it may, it is still down 3.6% for the month and 26.4% for the year.

Growth concerns were a permanent feature this week. They manifested themselves as well in the outperformance of the growth stocks versus the value stocks, and in the large-cap stocks versus the small and mid-cap stocks. They were also evident in other markets.

Growth matters were also a focal point in the Q&A portion of Fed Chair Powell’s Semiannual Monetary Policy Testimony to the Senate Banking Committee on Wednesday and the House Financial Services Committee on Thursday. Not surprisingly, there was some wonderment about how the Fed is going to achieve a soft landing with an aggressive rate-hike approach. Fed Chair Powell acknowledged that doing so will be challenging.

Better-than-expected full-year guidance from FedEx (FDX) after Thursday’s close, however, tempered some of the growth concerns at the end of the week along with the reassurance from the Fed’s stress test that banks would still have sufficient capital levels to keep lending under a severe recession scenario.

That news, combined with some surprisingly strong new home sales data for May, powered a broad-based rally effort on Friday that led the market to its first winning week this month. In turn, the S&P 500 successfully crossed the 3,800 and 3,900 levels on Friday and closed near its high for the day. 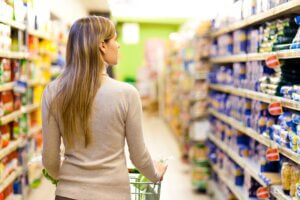 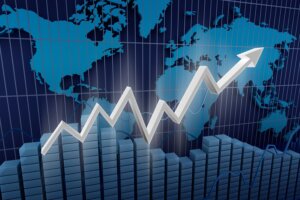