The economy has officially surpassed pre-pandemic levels after the sharpest recession and recovery in history. That this took place in less than a year and a half is not only remarkable but has also created opportunities for investors. Unfortunately, this same swiftness also left some investors unprepared as markets recovered last year, and scratching their heads as markets reach new all-time highs this year. It’s important that long-term investors focus on the entire business cycle as we manage portfolios.

It is natural that, in normal times, investors tend to base their expectations on smooth patterns. This is important because forecasts often are projected from what has recently occurred or are based on historical examples. It’s in this way that the unprecedented nature of the pandemic and recovery have been challenging, such as when anticipating the direction of interest rates and inflation. This is especially true for those who based their expectations on the 2008 financial crisis which involved a long decline followed by a slow multi-year recovery.

Instead, last week’s GDP report showed that the economy grew at an annualized pace of 6.5% in the second quarter, pushing the economy above its pre-2020 level. This is the fourth fastest quarterly growth rate since 2000 and is more than three times faster than the 2.1% average over the past two decades.

This surge in growth should not be surprising as the economy reopens from the economic lockdown. This is because the recession was caused by a pause in economic output – not the destruction of productivity that would be expected during a financial crisis, an asset bubble, misallocation of resources, or even a geopolitical crisis. Factories and equipment were still in working order, employees maintained their training and skills, and those businesses with strong balance sheets were able to reopen quickly. Businesses in some industries even thrived during the pandemic.

Because of this, the National Bureau of Economic Research – the official arbiter of business cycle dates – has determined that the COVID-19 recession lasted only two months between February and April 2020, the shortest on record. This means that the current expansion is now nearly a year and a half old which, in hindsight, validates the market’s immediate recovery.

The question facing investors today is what to expect as the economy transitions from initial recovery to sustained expansion. As this shift occurs and the cycle resembles a more traditional one, it’s possible that historical patterns may become more relevant. This would suggest that, while the business cycle is still young, the pace will certainly decelerate. After all, the economic reopening and COVID-19 stimulus are one-time events which should fade over the coming quarters and in 2022. However, this doesn’t mean that growth cannot remain strong, especially if business and consumer spending keep pace.

Of course, the economy and markets are not the same thing. Instead, they are related since robust economic growth, even if not at the pace of 6.5%, can drive corporate sales and profitability. Over longer timeframes, this can support market returns and bring valuations down to more reasonable levels. This can happen across sectors and asset classes which benefits diversified portfolios.

Thus, investors ought to stay balanced as the economy enters a new phase and hold portfolios built around all phases of the business cycle. While the rapid pace of the past 18 months may decelerate, even slow and steady growth can be enough to support long-term financial goals.

1. The economy has exceeded pre-pandemic levels 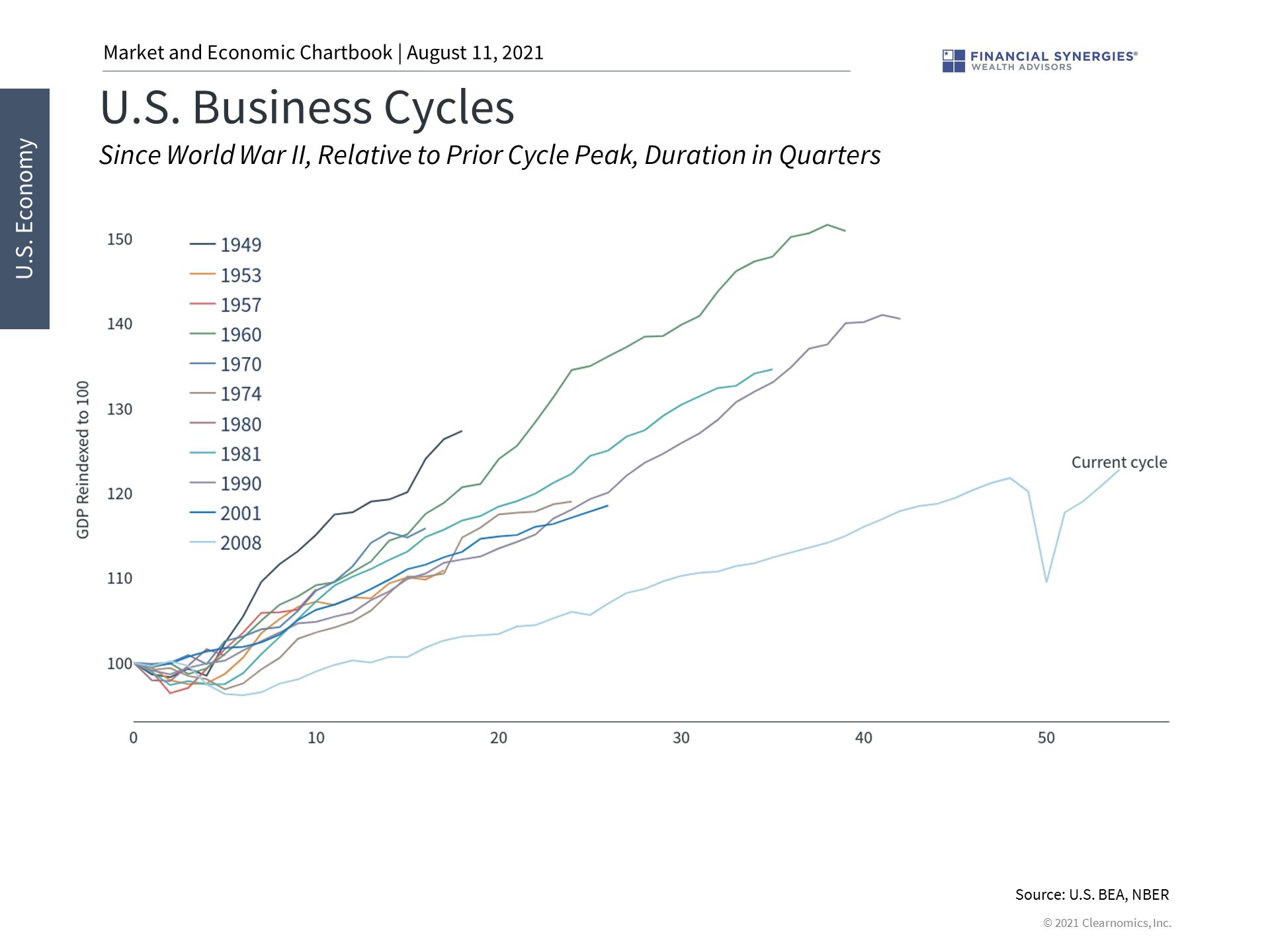 The economy surpassed its early-2020 level after growing 6.5% in the second quarter. It’s expected that growth rates will decelerate over the next several quarters and the initial economic reopening and government stimulus fade.

2. Growth has been robust since the recession 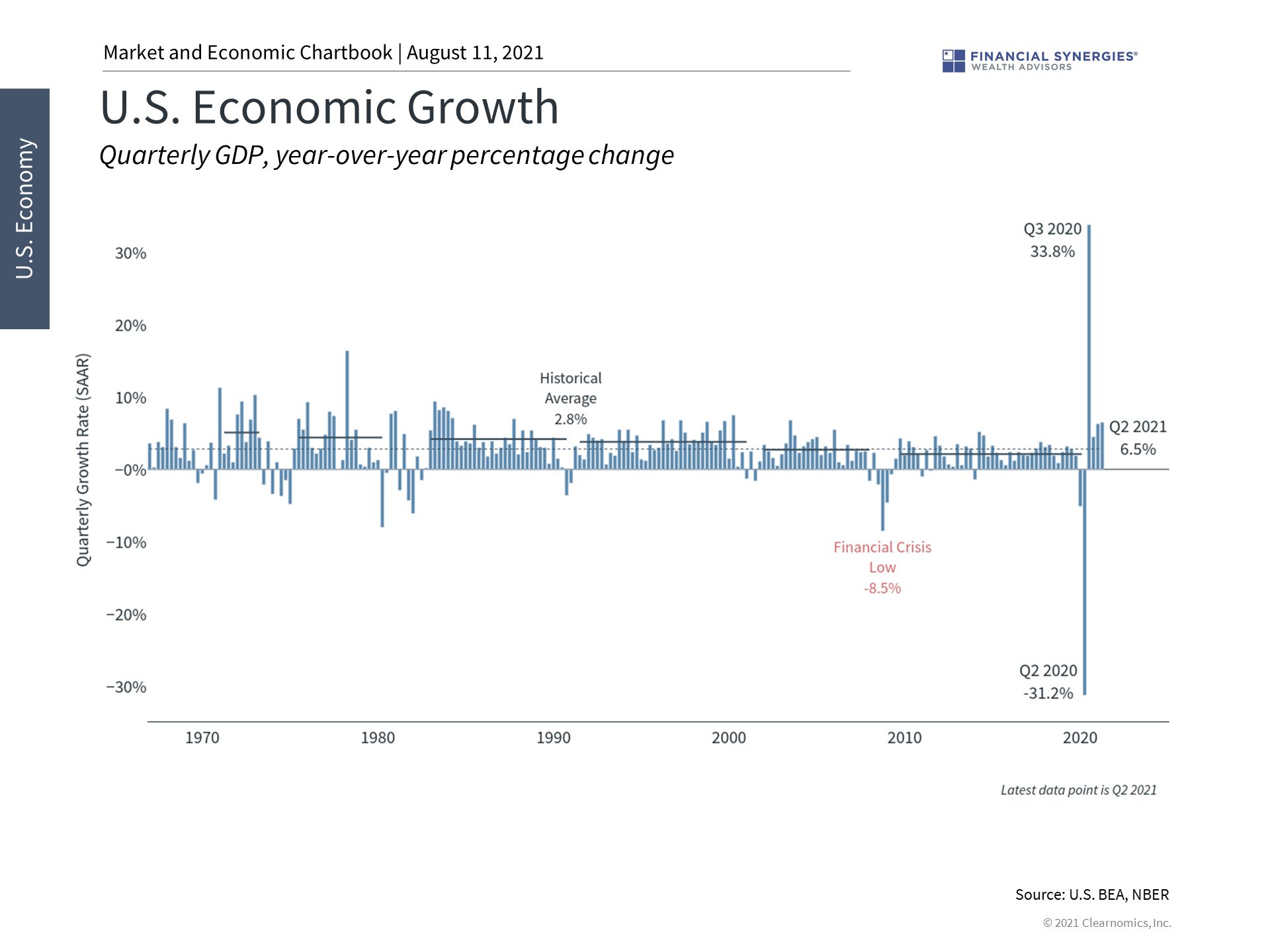 The second quarter’s performance follows growth rates of 33.8%, 4.5% and 6.3% – all spectacular numbers as the economy has reopened. The NBER has determined that the recession only lasted two months which is officially the shortest on record. 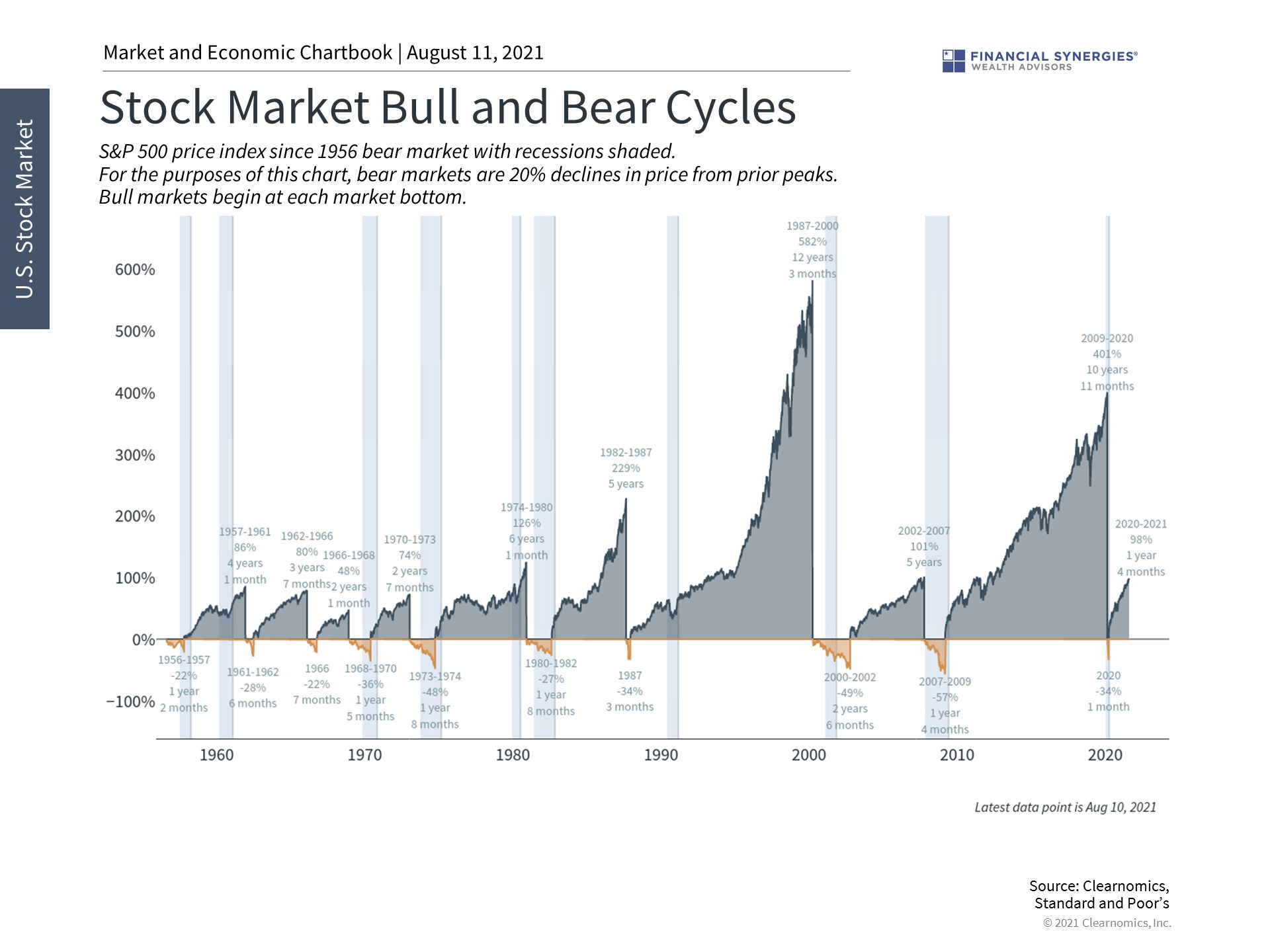 History shows that recessions and market crashes are short while economic and bull market expansions are long. While bear markets can be scary, focusing on the right timeframe is important.

As the summer fades and we look to the fall, we’ll keep you posted on the markets and all things financial! 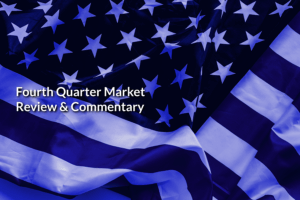