We have all heard that money can’t buy happiness. But, what is it that money can do? Specifically, what is that magic net worth number that would be enough to let you exhale, but not so much that it created its own set of problems? How much do you need to be happy?

I don’t pretend to know the answer to these questions, but over the years, I have pointed clients in the direction of their own answers. There have also been some studies that have attempted to provide some guidance, too. According to a study of the super-rich, there are three types of wealth. Robert Kenny, formerly with the Boston Center on Wealth and Philanthropy, concluded from his study that the three types are:

1. Those who are still in the hunt and focusing on making more money;

2. The post-liquidity crowd who have sold a business and are adjusting to a new life and;

“For the first group, for better or worse, happiness is often tied to the act of making money. For the latter two, achieving a sense of well-being is more complicated.” For group 2 and 3 above, my experience over the last 35 years has been that there usually comes a time when they realize they are not going to spend what they have accumulated by the time they die. This realization typically causes these two groups to ask what they want to do with this money and, by extension, what to do with themselves.

My recommendation is to think of money as something that can create a result that is important to you rather than non-stop accumulation of bigger and bigger numbers on a page. This can be harder than you might expect. Buying things works initially because there is a certain euphoria associated with buying new things. For people that have come from a life of scarcity, buying what they always wanted is very fulfilling… for a time. But what frequently happens is they end up spending more and more time taking care of those things and, as advisor Robert Frank has said, “becoming a janitor to the stuff.”

So, here is my advice for the New Year and beyond:

Mark Twain said of money, “Where I was brought up we never talked about money because there was never enough to furnish a conversation.” Whether you had the same childhood experience as Mr. Twain or not, matters little. What matters is where you are right now. Life is finite – no one has set aside enough money to buy themselves out of the human condition.

What is the magic amount of money to make you happy? Maybe you already have it. Exhale. 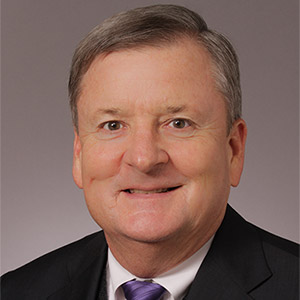