Stocks post best monthly gains since 1987, but falter into week’s end. The S&P 500 ended the week with a 0.2% decline, although it had been up as much as 3.9% mid-week in a momentum trade fueled by reopening hopes and COVID-19 therapeutic progress. The Dow Jones Industrial Average (-0.2%) and Nasdaq Composite (-0.3%) posted comparable declines, while the Russell 2000 gained 2.2%.

Sentiment was boosted this week after Gilead Sciences (GILD) confirmed that remdesivir, an antiviral treatment for COVID-19, met its primary endpoint in an NIAID placebo-controlled study. The FDA approved it for emergency use on Friday. With states starting to reopen their economies (18 states as of May 1), the market was hopeful that things could return to normal soon.

The normal as of late, unfortunately, has been an onslaught of weak economic data that has painted a disconnect between the economy and the stock market. Notably, the ISM Manufacturing Index for April declined to its lowest level since 2009; Q1 GDP contracted at a 4.8% annualized rate; and personal spending dropped 7.5% in March.

There has been a prevailing expectation, though, that the data will only get better moving forward. Initial jobless claims, for instance, did decrease by 603,000 to 3.839 million for the week ending April 25.

At the same time, central banks remained committed to supporting the financial system. Notable actions this week included the following:

Ultimately, after an unprecedented rally off the March 23 low, valuation concerns reined in the initial enthusiasm. Five of the 11 S&P 500 sectors closed lower, while six closed higher in a week that featured earnings reports from Apple (AAPL), Microsoft (MSFT), Amazon (AMZN), Alphabet (GOOG), and Facebook (FB). 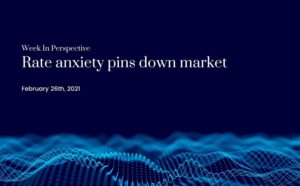 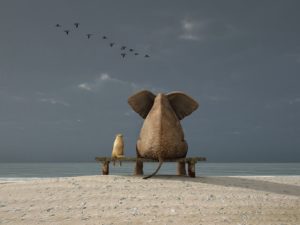 How Big is Private Equity?