Stock market volatility tends to tick up during a Presidential election year because of the uncertainty that it creates. There is nothing the market hates more than uncertainty. But this volatility has historically dissipated after election day, returning to normal levels after the markets have had a chance to digest everything. 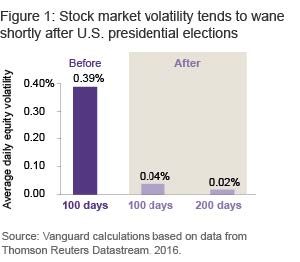 Stock market returns have been mostly positive in Presidential election years. Since 1964 we’ve had only two negative election years – the Tech Crash in 2000 and the Financial Crisis in 2008. And those two downturns were long in the making, having nothing to do with the elections. 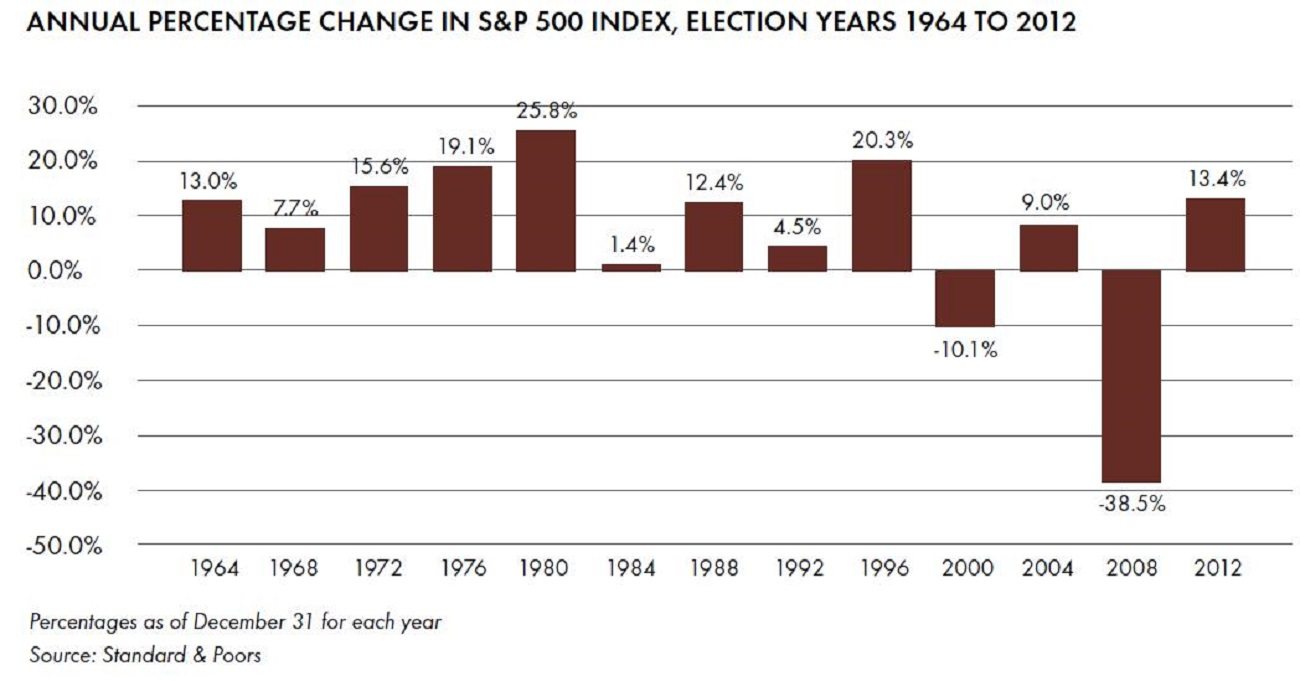 The short-term impact may be kind of interesting to talk about, but it’s really pretty meaningless. Let’s take a look at the long view. With respect to stock market returns, does it even matter which political party controls the White House? Answer: Not Really.

Vanguard did extensive research on historical stock market returns dating back to 1853, and the performance of the market under Republican and Democratic administrations is virtually identical. 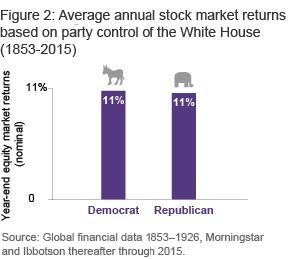 Of course I’m not saying that Presidential elections don’t matter. This election, like any, could have a significant impact on foreign policy, taxes, trade, and legislation for years to come. But if history is any guide, the results of the election will have very little impact on the market in the long run.

Inevitably there will be the stock market prognosticators and “gurus” that predict, “If candidate A wins the market will crash” or, “If candidate B wins we’re headed for a five-year bull market.” It’s nonsense because nobody has a clue what will actually happen.

I’ll admit, this Presidential election is unlike any I’ve ever seen. But as crazy as it has been, there won’t be much correlation between stock market returns over the next 20 years and who wins this November. 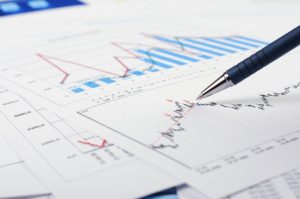 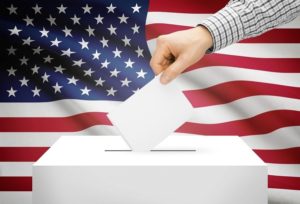 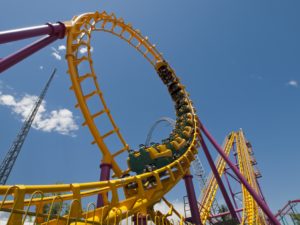 A Stock Market Quarter for the Ages