It appears we have a deal on infrastructure.

After weeks of grandstanding, posturing, and wrangling, it looks like a bipartisan infrastructure deal that both parties can live with is in the works.

Good news: no tax hikes. But you’ll want to read on because we’re not out of the woods yet.

Before we dive in, I want to wish you a very happy Fourth of July. Wherever you are, and whoever you’re able to spend it with, I sincerely hope it’s fun, relaxing, and meaningful.

Now, onto the politics. 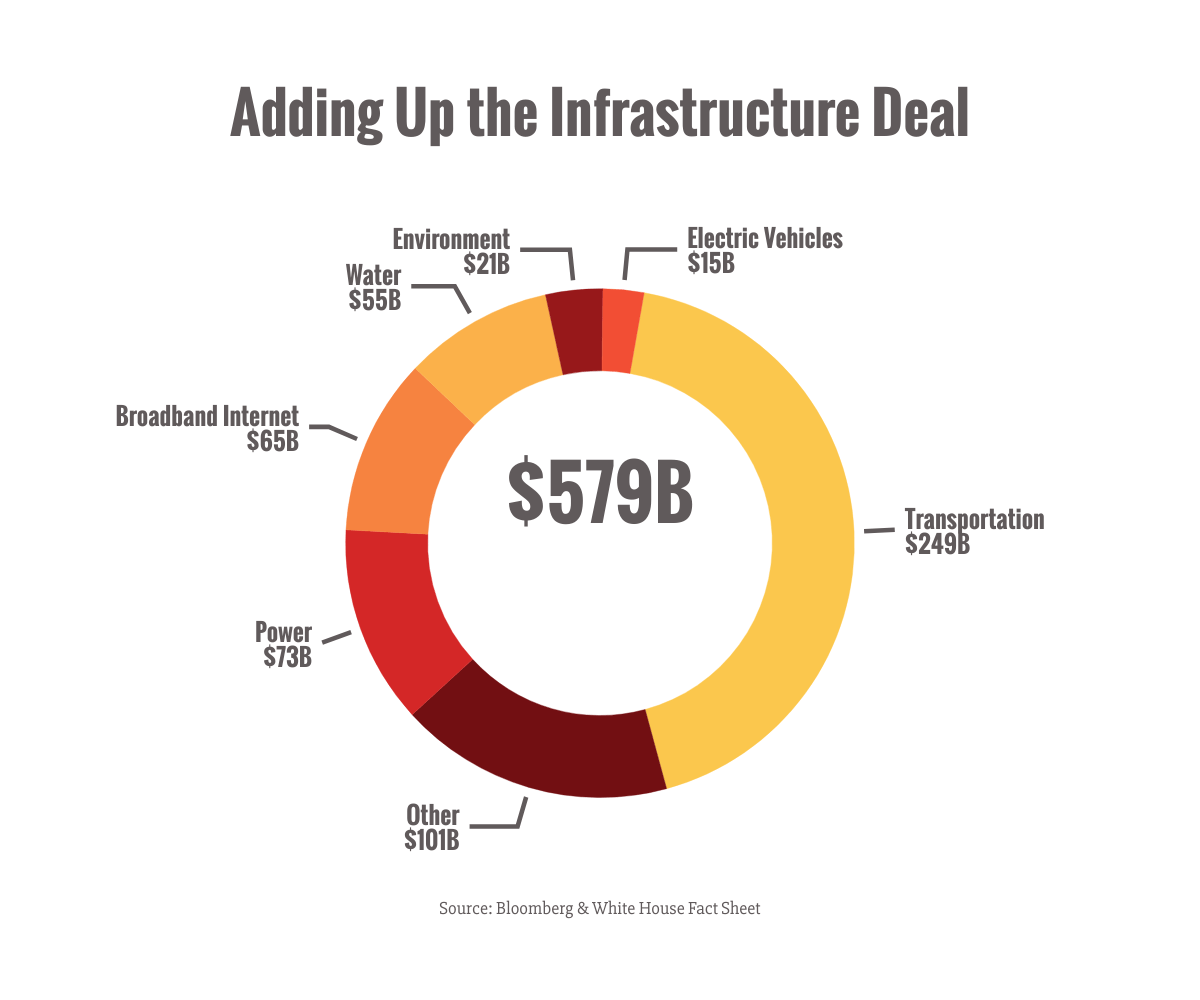 It focuses on “hard” infrastructure — such as roads, bridges, rail, and public transit projects, as well as electric vehicle infrastructure and broadband internet — that both sides can agree on.

The current framework represents a compromise that makes no one happy, and there’s still a fair bit to hammer out (including how to pay for the plan).

The deal still needs to gather broad support in both parties, especially among those who think it’s too little or too much and might seek to scuttle the whole thing.

Fortunately, it doesn’t look like higher taxes are part of the deal. Though the math looks a little fuzzy from where I’m standing, it looks like funding sources could include repurposed pandemic funding, better IRS enforcement, and possibly digging through couch cushions for spare change (joking).1

So, that means my taxes won’t go up, right?

Not so fast. There’s another bill on the table. And it’s a $1.8 trillion doozy.2

Basically, the initiatives that couldn’t get Republican support are packaged up in a separate bill.

It looks like the Democrats are planning to pass that bill through a reconciliation process that doesn’t require Republican support to get through Congress.

Inside that bill are the tax increases we’ve been on the watch for. Higher taxes on wealthy individuals and corporations, as well as eliminating the step-up basis on inherited assets, among other tax hits.4

Since the bills are independent, it’s really not certain yet which (if either) will pass. Or when.

Will one pass and not the other? Will both grind to a halt this summer? Hard to say.

What does all this mean?

That depends on where you’re standing. For industries expecting to benefit, it means an influx of tasty government cash. For those worried about America’s crumbling infrastructure, it represents some critical moves in the right direction. For those concerned about the spending spree the government’s been on (and how we’re going to pay for it all), it’s another brick in a looming wall of debt that will eventually come due.

Bottom line, it’s not nearly over yet. I strongly suspect the coming weeks will be full of more politicking, more grandstanding, and more arm twisting.

I’ll reach out when we know more.

Go enjoy your summer. After all we’ve been through the last couple of years – you deserve it.